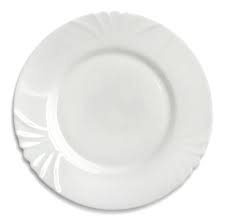 AT THE PLATE
You wonder … they REALLY posted a winning month?
They are dead last in: BA, BB, RBI, R and HR.  I was especially surprised to see that they went from first to worst in the walk category.  While there are those who have picked up their average pretty significantly (Ryan, Kennedy, Cust and Olivo) everyone else (except Jack Wilson) have dropped significantly.  As a conciliation, they do have the second fewest GDIP and are top six in sac hits and sac flys (as evidenced in the Yankee series).

ON THE MOUND
Now HERE is where they shine!
The rotation had quite a roll in mid-May – at one point they had NINE straight starts of at least SEVEN innings pitched and giving up less than TWO runs.  All stayed on turn (‘cept for the slight weather issue in, where else? Cleveland).  Felix made SIX starts, the others made FIVE.  All posted an ERA under FOUR for the month, Michael was under THREE and Erik (on fire!) under TWO.

IN THE PEN
After some serious downs, it’s been nothing but up.
Brandon ran into a little pot hole (OK, it was more like a crater) when he lost a game in a non-save situation and then blew THREE saves in-a-row.  But, Wedge stuck with him and he has recovered very nicely.  He has pitched EIGHT innings since the last blown save, has not given up a run, walked TWO and chalked up SIX saves in as many opportunities and as May ended he was the league leader in saves.
The rest of the pen, well … can you say stellar?  Wright, Laffey and Pauley have been pitching out of their minds – all threw double-digit innings in May and posted 2.19, 1.74 and 0.56 ERAs respectively.  Chris Ray has also come around nicely after a shaky start to the season and, the new guy, Jeff Gray has proven useful as well.

OF BASE PATHS AND LEATHER WORKS
The defense overall has improved….
Nothing super spectacular, just solid.  They posted the third fewes errors for the month and were tied for fourth in most double plays turned.  Michael did a great job filling in defensively for Guti ~ but man-oh-man does it feel good and comforting to have him back in his rightful place in centerfield.
Base running pretty solid as well…
M’s had 43 stolen bases in May, just above league average.  They seem to do a pretty good job of going first to third when they get the opportunity and don’t often make silly mistakes (like last year).  Still waiting for a run on a squeeze play though – one of my favorites. 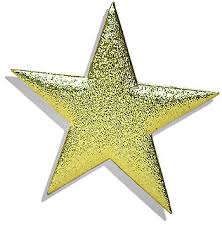 MAY STARS
David Pauley
How can anyone not pick him?  In SIXTEEN innings pitched he allowed TWELVE hits, NO walks, ONE run and picked up TWO holds and FOUR wins.  Nice little resurgence for the journeyman.  And, even though he’s already pitched 33 innings, he should be okay, because prepared for the season as a starter.
Brendan Ryan
Pleased as punch to award it to him ~ I’ve been pulling for him to contribute ON the field because I love what he’s about OFF the field (reminds me a bit of Jay Buhner).  Brendan really stepped up his game this month, both defensively and offensively.  He’s been playing solid shortstop and raised his batting average about 90 points – he had an ELEVEN game hitting streak (just broken on June 1st).  He was tied for team lead in batting average and tied for second in team RBI.  There is no doubt he leads the team in energy and accountability.
Honorable Mentions
~ Jack Cust – hit his first home run, led the team in doubles for the month and hit a respectable .272
~ Justin Smoak – although his average dropped way down, he still lead the team in RBI and homers
~ The Entire Bullpen – Brandon for righting himself, everyone else for being generally awesome.