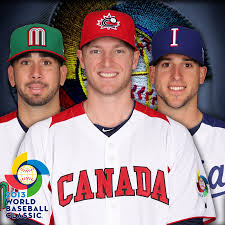 from the Corner of Edgar and Dave

Seems that all the teams the M’s represented in the World Baseball Classic did better than expected and they all represented well!

Michael Saunders performed exceptionally well, so much a standout participant for his native Canada that he earned the Pool D MVP honors.

WBC leaves Kenji with a little “catching up” to do…
Changing signs and various adjustments that were made in his absence in early spring have left Joh with his work cut out for him.

No one seems to be stepping up to grab the closer’s role…
Some are returning from injury (Walker, Corcoran), some have been hit hard (Lowe, Messenger) and others have pleasantly, unexpectedly, surprised (Ardsma and Kelley). Then there’s the old vet Miggy who is trying to make his case by experience and health (that he lacked last season).

The praise just keeps on coming for Lopey….
He was named to the All Tournament Team from the WBC and gets high praise from his fellow Venezuelan Mariner teammate, Felix…

Last year with the Mariners was a banner season offensively for Lopez, even as he did it in relative anonymity. He batted .297, hit 17 homers and drove in 89 runs. He then went and played 28 games in his home country over the winter, hitting .349 and driving in 34 runs.

RRS (aka “the Hyphenator) – rotation or relief?
One of the bright spots late last season, Ryan just working to improve.

It took awhile for Ichiro to get rollin’, but there was no stopping him tonight…
4/6 including a 2-run double in the 10th

He always did have a flair for the dramatic 🙂

Wakamatsu said he hoped the four could bring some of the passion he saw on the field and in the stands at the WBC to the Mariners. Hernandez thought that was a good idea.

“We’re going to bring that to the clubhouse. We have to pitch the way we pitched there. That’s all we have to do, our thing,” he said. “We have to do the little things and play baseball.”

Chavez was just as happy.

“I just felt like a little kid in a big competition,” he said. “It was a feeling that I’ll never forget.”

Much as he enjoyed playing with other Venezuelans, Chavez said he was anxious to get back on the field and in the clubhouse with the Mariners.

”I’ve got good teammates here, too,” Chavez said. “The only difference is you’ve got to mix the languages – English, Japanese, Spanish. It’s great. I feel comfortable over here.”

Johnson’s ability to work with pitchers, block the plate and throw runners out as part of an all-around defensive package has now vaulted him into the picture when it comes to making this Mariners team.

“If you don’t know a guy, I think it’s really wise to get with them before the game,” Johnson, 25, said. “Talk to them during batting practice. Maybe their start isn’t for three or four days, but you start getting in their ear a little bit about stuff they like to do. And then after the game, you ask: ‘How’d it go? What’d you think about this pitch? What’d you think about this situation? What could we have done differently in your eyes?’

“You just to try to get a good feel, and then the tempo of the game just goes and goes.”

Heading into camp, it appeared Jeff Clement was a shoo-in to make the squad and possibly supplant Kenji Johjima as the No. 1 catcher. But that’s been changed by the signing of left-handed slugger Ken Griffey Jr. — who would take potential designated-hitter at-bats away from Clement on days the latter isn’t catching — and the emphasis on defense by the team’s new coaching staff.

Clement’s defense remains a work-in-progress and his bat — despite a single in an 8-5 win by the Mariners over Oakland on Saturday — has yet to take off. Johnson’s bat has never been touted as his meal ticket, but his defense appears more polished than Clement’s.

“I think he’s pretty close,” Mariners manager Don Wakamatsu said of Johnson being major-league ready. “I wouldn’t have probably said that about him the first couple of days I saw him.”

Wakamatsu, a former professional catcher, liked how involved Johnson was with pitchers in a Seattle loss Friday. Johnson was also involved in three separate tag plays at home plate in that same game.

“I feel a lot stronger about him than I did earlier,” Wakamatsu said. “And that’s not a knock on him. It’s just watching guys play.”

“That’s a mistake I made last year,” said Balentien, who had two singles in a 5-3 loss for the Mariners to the Chicago Cubs on Sunday. “I tried to do more than I could do and I didn’t get results.”

Balentien stumbled through his rookie season, got sent back down to the minors for a prolonged stint, then finished the year with a terrible .202 average and .592 on-base-plus slugging percentage. The holes in his swing that had previously plagued him in the minors were evident in Seattle and he spent months trying new techniques with former hitting consultant Lee Elia behind the scenes.

This spring, he’s trying different drills with hitting coach Alan Cockrell and appears to be having some success. Balentien came out of Sunday’s game with 14 hits in his first 36 at-bats this spring, a .389 average.

Inflated spring stats don’t mean all that much, but the team is breathing easier now that Balentien is making contact. The Mariners know they might have to pinch-hit for Chavez late in games and need an outfielder who can come off the bench and play solid defense.

Balentien is versatile enough to play all three outfield positions without being a defensive liability. But the ticket to his sticking with the club was always going to involve showing improvement at the plate.

“Just about anybody will swing at a ball in the dirt a couple of times,” he said. “It’s kind of hard, but if I put a little more concentration on my hitting when I’m up there, I think I can do a better job with that.”

James’ new book, “The Bill James’ 2009 Gold Mine,” published by Acta Sports. The press release includes five of his observations on the Mariners: 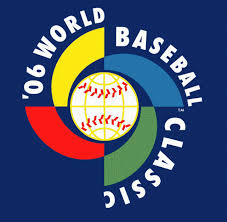 Some love it, some hate it, some don’t even give it the time of day…
To be fair, the World Baseball Classic is what it is – a collection of very good baseball players engaged in international competition, tournament style. I couldn’t find a “mission statement” per se, but this seemed to be the next best thing…

Some have questioned various players and or teams motivation or lack thereof…
I have never been one to claim to know a players heart or drive – different players have different motivations – some, maybe most, are playing for national pride. Others for the love of the game, still others may find it a more intense, complete way to prepare for their professional season.

As for the timing, likely the thing that has been criticized most…
I think it’s good just where it sits. I’m not sure how it could possible work in the middle or at the end of the MLB season. What player is going to want to leave a team in the middle of a pennant race to play in a tournament? The break in concentration and/or momentum wouldn’t be fair to their professional team OR their WBC team. How many players would be able to adequately represent their country in November when they are physically and mentally spent after a marathon season?

As for those who call “bogus” due to the fact that not all the best participate…
I would argue that, no matter what time of year they play, they will NEVER be able to assemble each and every “best” player. Various things, including team situations, personal circumstance and injuries, makes that an impossible task.

As a side benefit, while some of the best are representing their countries, it actually provides more playing time for those back at camp. Managers and coaches (and fans) get a better look at those who are vying for jobs than they might have had otherwise.

Are there improvements to be made? Certainly…
To be expected since this thing is only in it’s infancy. Here are some topics likely to be discussed for the next go ’round in four years….

It’s a splendid idea in need of some tweaks, but overall seems to be serving it’s purpose.

win over Cuba on Wednesday. (AP)

Felix Hernandez tips his cap to the fans after hurling 4 2/3
strong innings on Monday. (Alan Diaz/AP)

Of the players on Team Korea, Cha Seung Baek said, “I
played with some of them when I was younger, back when
I was in high school.” (Ed Andrieski/AP)

Adrian (left) and Edgar Gonzalez grew up in San Diegoand
played for the Padres. (K.C. Alfred/AP)

The Venezuelan team runs out of the dugout after beating
Team USA in the Pool C finale. (Frank Gunn/AP)

Between them, Chipper Jones and Derek Jeter have 15
All-Star berths and five World Series titles. (Getty)